About three months ago, my son did something extremely foolish which affected his 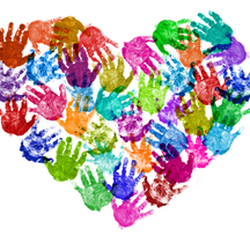 mental health.  He was plagued with this day in and day out.  Not only was it wearing him out, but me as well.  There were many days he would call me and ask me to pray for him as well as nights when he would ask if he could sleep in my room.

We had many conversations about what was going on with him.  It came to a point where we were both angry with one another:  him because he felt I wasn’t supportive enough, and me because I was ticked off.  His decision messed with my comfortable life, which had finally become peaceful, and I was happier than I had been in years.  I felt like “How dare you rain on my parade because of your selfish behavior?”  Now, let me say this — my son is no longer a child (he’s still my child, though) because he has reached 21 years of age; however, he still wants and needs his mama.

He talked to his friends, and they helped him as best they could.  He went to the emergency room on numerous visits, and even had appointments with a physician to try and get to the root of his issues, so that he could manage his day to day living.

I would ask him the same questions over and over again, hoping that they would eventually jar his memory so that we could figure out what was really happening, even though, I had pretty much figured out the culprit that caused his situation.  He would then say, “Are you a doctor?  You don’t know what you’re talking about.  I don’t need you to keep asking me the same questions over and over again; I just need you to listen.”  At that point, I tuned out.  My thought process was that if he didn’t think I had some of the answers because I didn’t have an M.D. behind my name, then obviously he didn’t really need my help; this angered him even more.  I thought to myself “Oh, well.”

One day, I had an epiphany and realized why I couldn’t be supportive in the way in which he needed.  Now, mind you, I didn’t totally abandon him.  I listened.  I got on his nerves, and I prayed behind the scenes.  I was not, however, going to walk him by his hand as he made the choice to do something he knew full well he shouldn’t have because of a prior experience several years ago.

I had to be reminded that I had done some pretty outlandish things a time or two in my life, and my family and friends listened to me despite my poor choices. At that moment, I got it and was able to let go of the anger that I had been holding onto.

One Saturday night he came into my room to talk.  I asked him the same questions that I had previously.  He got upset again.  I told him that he needed to leave my room because he was yelling. He didn’t listen, of course, but did eventually calm down; then, we were able to have a decent conversation.  Two scriptures popped into my head which I looked up for reference and sent to him via text message, so that he could refer to them on his own time.  I told him he had one of two choices — he could either fight for his life to overcome the situation or succumb to it.  I spoke to him with authority — in fact, at some point, I didn’t even recognize my own voice.  He asked me why I hadn’t said these things to him in the past, and I just shrugged my shoulders.  Before my very eyes, I witnessed his breakthrough.  I knew the exact moment that it happened because he lied across the floor in my room and was very peaceful, even his demeanor was peaceful.  He finally went into his room to go to bed.

The next morning, we talked and I told him he had a breakthrough and he agreed.  I had to change my thinking and get over my anger in order to really be able to assist him.  I had to look at myself and be completely honest about how I felt and what I was thinking.  Was it easy?  Absolutely not!

People at my church were praying for him and there was a couple who took him under
their wing.  I believe he was their assignment as they had left and come back just at the right time.

I’m so grateful for my son’s release.  Our adult children are going to do some very unwise things as they are still learning.  Even though, they drive us absolutely bananas with some of their negative behaviors (and yes, some of it still stems from peer pressure), we have to support them, even when we want to distance ourselves and let them figure it out.  Now, don’t get me wrong, there are times when, we as the parents, have to cut the apron strings and let them hit rock bottom, but we have to know when.  Doing so too early can clip their wings so that they are unable to soar.  Sometimes, we need the patience of Job as it can be quite challenging to be the parent of a young adult who is being rebellious, disrespectful and a know it all.  However, we have to keep in mind they still need us.  There are people out there who are just waiting to take them in and destroy them because they know they are looking for love from anyone as they continue their search for acceptance.  We must continue to show them love (sometimes tough love).  Don’t focus so much on what you see them doing currently, but concentrate on what you are claiming them to be.  I don’t care how bleak or looks or how dim the light is, there is hope.  However, don’t go along with the negative behaviors; stand firm and be consistent and persistent.  Trust me, they have not forgotten the morals and ethics that you’ve instilled in them.  LOVE them back to life.  DON’T GIVE UP NOW!

Remember, you don’t have to fight this alone:

2 thoughts on “It Takes a Village…”