School’s out, and most kids probably get to sleep in a little later, which is something they look forward to all year long, particularly, during the last few weeks of school.  Everyone gets a little antsy and testy then because it seems like the end is taking forever.  They make plans to hang out with their friends, and just have lazy days because they feel as though they’ve earned it by working hard for the past nine months or so.  Some families plan vacations while others have staycations and schedule occasional day trips with their family.

When I was growing up, my sister and I used to spend the entire summer with my 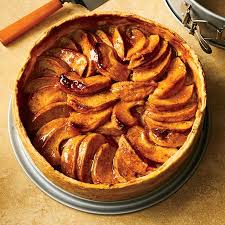 paternal grandmother.  We couldn’t wait to go because we knew we were going to have “big” fun.  My grandmother was one of those people who felt that children should be well rounded, and she made sure of that.  We were always up and down the highway going someplace or another.  She took us to the movies, museums, the theatre, amusement parks, fairs, malls, etc.  My great-grandmother would often save quarters for my sister and I in the change card holder so that we would have spending money. 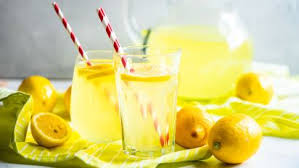 On one of our trips to Atlantic City (before it was changed over to a casino), we saw the dancing chicken.  You put a coin in the machine and the chicken moved around like it was dancing.  My aunt couldn’t stop laughing (cackling, LOL!); she was laughing so hard that it made me laugh as well.  That was the absolute highlight of our trip that day.

Another memorable event, was when the Columbia Mall first opened in our area, and my 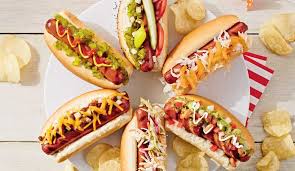 grandmother took us there for the very first time.  She didn’t have a lot of money, but we always had to stop and eat (hence, food is one of my best friends until this very day, LOL!)  This particular time, we stopped at the hot dog stand.  I had never had a hot dog with everything but decided to go for it.  What a real treat!  I truly had everything (sauerkraut, cheese, chili, mustard, ketchup, relish, onion and whatever else they had back then) — my bread was so wet and soggy from all of the toppings, but it didn’t stop me from eating it.  That was the best hot dog I had ever eaten in my entire life.

My Grandmother Fannie was big on movie going, and we probably saw every kid movie that premiered.  She also loved taking in the theatre, and we saw a number of theatrical shows.  In fact, she had taken us to a performance (can’t remember what it was), and Richard Roundtree was walking around upstairs as I went to the bathroom.  He was so close that I could have reached out and touched him.  I wanted to say something to him so bad, but my fear and shyness kept me from doing anything about it other than going to the restroom which is what I was doing upstairs in the first place.

On hot days, it was nothing like have a Root beer float or a slushie (that’s before they became a thing).   We had buckets that we put in the freezer.  Once they got cold enough, we poured our drinks in there and stirred.  Nothing like a cold drink on a hot summer’s day.  There were also times that we got an extra treat when the ice cream truck came around.  Some of you may remember this slogan “I scream.  You scream.  We all scream for ice cream”.

When we weren’t traveling up and down the road, my sister and I played jacks, rode our bikes, played with our Barbie dolls as well as paper dolls.  I was very competitive back then and when my sister would lose at any game we played, I would gloat and stick out my chest and walk around like a proud turkey.  LOL!

As goofy kids, we’d do stupid stuff, while my grandmother was driving, such as turning around and making faces at the people in the cars behind us (kids better not even consider doing that today).  We’d randomly pick numbers from the phone book, and play on the phone asking people were their refrigerators running.  One time, I got the bright idea to ask for this lady’s husband because his name was the one listed.  I said something silly like I was his girlfriend.  Her response was, “My husband died a number of years ago”.  I was so startled, that I immediately hung up.  Guess what, they cured me; I never played on the phone again.

Honestly, I wished I could go back to those times of innocence and playfulness.  If I could turn back the hands of time, I think I would have enjoyed them even more.  As children, we are always think about “being an adult”, and have no clue what will be awaiting us when we reach that status.  My granddaughter, who is only 4, says she can’t wait to be a grown up.  I told her to have fun playing with her friends and doing things that 4-year-olds should do because she had the rest of her life to be a grown up.  I assured her that kids should be having a boat load of fun, particularly at her age.

What are some of your most memorable moments from your childhood?