How many times have you been hurt by someone, and you were able to forgive them?  Sometimes, the friendship or relationship was able to weather the storm, and sometimes it wasn’t because the devastation of it was just too great.  Sadly, the relationship had come to an end. 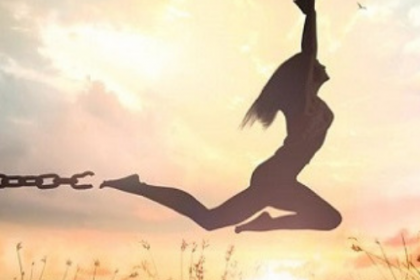 There were also times wherein you hurt someone.  You sincerely apologized because you felt just awful.  You talked it out with the offending party, and they absolutely forgave you.  The thing is, you couldn’t forgive yourself, try as you might.  You constantly beat yourself up about it.  Every single time you see them, you can’t seem to relax because you thought that, perhaps, they were still thinking about it, even though they treated you normally and had actually gotten over it.  The unforgiveness that you had for yourself loomed over the relationship like a black cloud that seemed to follow you everywhere.  The fact of the matter is that, when we hurt someone, we should feel bad; however, we shouldn’t carry it around with us forever, particularly, if we’ve apologized.  The flip side of the coin is that sometimes people don’t forgive you because they just can’t find it in their hearts to do so, and we have to respect that.  You have apologized and there’s nothing more that you can do except allow them to have their space as they deal with the hurt; however, learn from what you’ve done to cause the pain.  There are times, we say things to people out of anger but, when we come to ourselves, we realize we’ve gone too far.  One of my favorite sayings is, “It’s not what you say but how you say it.”  One of the Elder’s at my church said last Sunday, “sometimes we need a little sweetness on our tongues when we talk to people.”  Boy, was she correct in saying that.

I can’t speak for you, but I can say that I’m toughest on the people that I love the most because I expect so much more out of them and, sometimes, I go too far.  Sometimes, we think we’re helping people and say things that we hope will trigger them to think about their negative behaviors only to discover later we cut them to shreds.  We don’t really mean any harm but we are hoping to give them a wake up call.

Perhaps, the person you hurt passed before you got a chance to tell them just how sorry you were or that you didn’t really mean it, and you’re torturing yourself every chance you get because you were never able to apologize.  Maybe, you gave your parents what we older folks call “a run for their money” in your youth, and feel it’s the cause of their health problems today.  Perhaps, you cheated on a spouse or boyfriend, which not only destroyed the trust, but your relationship as well.  Maybe you couldn’t get your life together enough to raise your child and he or she had to be taken away from you, and you’re left everyday wondering if they are being treated well.  There are so many other ways that we hurt people; however, I’ve only listed a few.  I could certainly fathom how one would feel just awful and absolutely refuse to forgive themselves.  The reality of it is, none of our hands are clean.  We’ve all hurt someone at some time or another.  However, it’s time to forgive ourselves.  Why continue to let the guilt of “yesterday” haunt us year after year?  Yes, we’ve hurt someone and, perhaps, pretty badly.  The remorse of the hurt we’ve caused can leave us with many sleepless nights, and have us  totally stressed out as we deal with it day in and day out.   The truth of the matter is that if I could go back and undo some of the things I’ve said or done, I would; unfortunately, that’s just not possible.

Wouldn’t you like to know for just once what it would feel like to be free — completely free?  Today, I want you to tell yourself, “I forgive you” and totally mean it.  Wrap your arms around yourself and have a good cry, if necessary.  Forgiving yourself is a process, so don’t expect it to happen overnight.  However, if you want deliverance, you have to find a way to get beyond your feelings of shame.

The sad truth is that we have all hurt people at some point in our lives (most of the time it’s unintentional); however…

The power of forgiveness can break the chains that are holding you captive.

2 thoughts on “Forgive…Yourself…It’s Way Past Time”