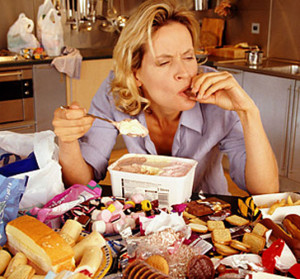 Don’t you just hate it when people look at you non-discretely because you’re a little on the heavy side?  You see them and either they are unaware of the look they’re giving you or they simply don’t care.  Either way, it still hurts.

We’ve all seen people at the Smorgasbord (all you can eat restaurants), and wonder how they can consume so much food.  Heaven forbid if they are really on the larger side, then they get the side eye.  People ask “Why are they here, and how can they eat like that?”  I’m ashamed to admit that I used think the same thing in my younger days — that is, until I matured.  The reality of it is we don’t know what drives people to eat the way they do, so we really shouldn’t judge them.  Is it healthy to be overweight?  Of course not!  We all know that.  Being ample brings on a string of health related illnesses — some we can control if we lose weight, and for others we have to take daily medication to manage our disorder(s).

At one point, I weighed 206.4 pounds, and was told by my doctor that I was obese.  That was the first time someone had said that to me.  I was like, “Whoa, what is she talking about?” I thought to myself, “I’m not anywhere close to being obese“.  Chunky, yes — obese, definitely not!  I later came to realize that I had packed on the pounds because of the stressors in my life.  Food was my comfort — the only thing I could control and didn’t have to share with anyone else (except for when my son used to help me eat the snacks that I had bought for myself; I didn’t ask him to nor did I want him to — they were for me and me alone).  The funny thing is that when I was younger and weighed only 115 pounds, I couldn’t eat when I was stressed; thereby, losing weight when I couldn’t afford to because it left me pure skin and bones.

When I was a teenager and into my 20s, I desperately wanted to gain weight.  I ate and ate and ate and ate some more, but was still as thin as a rail — that is, until I reached the age of 30.  I had finally reached a weight that I was pleased with.  However, by the time, I reached 40, I had started to really put on weight.  Although I knew what the numbers on my scale read, I didn’t realize exactly how much weight I had actually gained until I looked at photos.  I couldn’t believe that was really me.  However, that wasn’t enough to make me change my ways.   I continued to eat and just bought larger sized clothing, and completely ignored the fact that I needed to do something.  I couldn’t bring myself to stop my out of control eating habits; therefore, I continued on a downward spiral.

After years of eating and a pretty sedentary lifestyle, I decided to do something and managed to lose 27 pounds, and finally felt pretty good about myself.  However, I allowed my stressors to control my bad eating habits again, and gained most of the weight back.  The next time I attempted weight loss it was extremely difficult because I was going through menopause.  Due to this fact, it was virtually impossible to shed a pound without adding exercise to my daily regimen although I had cut back on my eating.  Do I have a number of stressors in my life now?  Heck yeah, but I can’t allow them to drive me back to overeating.

We consume tons of food on a regular basis (let’s face it, for a good majority of us, what we eat is unhealthy).  Some have become fast food junkies because you don’t have time to cook or are just too tired after a day’s work.   You have convinced yourself that it’s so much easier just to pick up something on the go, so that you can go home and relax a little before you start your daily routine again the next day, all the while failing to take time for yourselves.

Some people are extremely disciplined, and are able to diet by eating what is called clean food.  If I had to diet, I would literally die.  Okay, that’s a bit of an exaggeration and is certainly overkill, but you get my point.  I’m not that disciplined, so I don’t deprive myself of anything that I want to eat — I just eat less of it.  What I have learned is not to set myself up for failure by setting unrealistic expectations (so no dieting for me).  I’ll admit that I have cut out sodas for the most part, only having one or two or three on rare occasion, but then I have to detox because soda is sooooo good but loaded with lots of sugar and calories.  I’ll have my calories in my food, thank you very much.  LOL!

Unfortunately, a lot of our unhealthy eating habits and lack of exercise precipitates various illnesses, including high blood pressure, diabetes, high cholesterol, obesity, and yes even hair loss (this topic will be covered in a later blog).  Some have developed joint pain (bad knees, back and/or hips) as a result of carrying too much weight on their frames.  Ouch!

Several months ago, my 4-year-old granddaughter touched my stomach.  I said to her, “I’ve got to lose it”.  Her response was, “No, I like the fat”.  LOL!  She has since changed her tune.  Recently, she rubbed my stomach and said there was a baby in there.  Okay.  I guess kids do say the “darnedest” things!  However, that was not funny at all! After her comment, I know that I need to stop playing and do something.  I have to take my life back and be more committed.  I have to make the time.  Thankfully for me, my place of employment started a walk/run challenge a few weeks ago, and I try and be devoted to walking and running a little five days a week.  I’m down several pounds, my knee is getting stronger (from a previous knee injury), and I’m able to get into a dress that I couldn’t even think about wearing (the pockets sit out a little, but give me a few more weeks).

As we close out the month of October, Thanksgiving and Christmas are quickly

approaching.  Now, these two holidays are my biggest weakness because I love all of the food associated with them.  I’m going to have to exercise wisdom and good judgement so as not to overindulge in all of my favorite foods.  Food, I hear you calling me, but I’m not listening.  “Lalalalala!”  My menu usually consists of macaroni and cheese (no less than four or five different types of cheeses; my kids wouldn’t let me live it down if I didn’t fix this because it’s their absolute favorite), fresh greens cooked in the crockpot with hammocks (yummy), sauerkraut with pigtails (love it), sweet potatoes with marshmallows on top (I want some now), fried chicken or turkey, and roast beef or spare ribs.  Oh, and how can I forget cranberry sauce and rolls.  Some of this is unhealthy, and you may be asking yourselves, “Does she really eat that?”  The answer is, “Yes, I do”.  I’m salivating right now just thinking about it.  Sooooooo, this year, I’m determined that I will not allow my eyes to be bigger than my stomach (although I must admit that’s pretty big; one of my friends calls it a “booty do” and that means that your stomach sticks out more than your “booty do”; I know, I know, gotta do something about that).  I will decide which holiday to go all out for and scale back on the other one.  Boy, is that going to be tough.  These two holidays are not just tough for me for a number of people as we are exposed to cookies, cakes, pies, egg nog, and all of the delicious foods.  It’s extremely difficult to resist these temptations.  We can enjoy them all, but we have to remember that moderation is key. 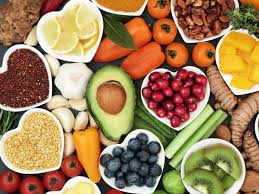 For those of you who exercise portion control and discipline, I really do applaud you.  You
have control over your life, and told the food that you’re in the drivers seat.  I do ask one thing of you, however, and that is that you be patient with those who aren’t quite there yet.  Please don’t judge people’s poor habits.  For some, it’s extremely difficult.  So rather than looking at them with disgust and asking, “Are you really going to eat that,” maybe you could say “I make a mean (whatever your healthy dish is), I’ll let you try it the next time I prepare some.”

Ladies (and gents), portion control does indeed play a huge role — but let me just say for those of us who are in this struggle — it ain’t easy; however, it’s not impossible.  Take one day at a time.  If you fall off the wagon, don’t stay off — get back on.  Whatever you do, don’t beat yourself up about it and wind up throwing your hands up in the air in defeat.  You can do it!  You got this!  We got this!

Why wait until the New Year to start working on the “new” you?

You can start now and get ahead of the game.

Then, gain momentum as you become stronger and more disciplined.

These photos are from 2014 when I was at my heaviest weight. 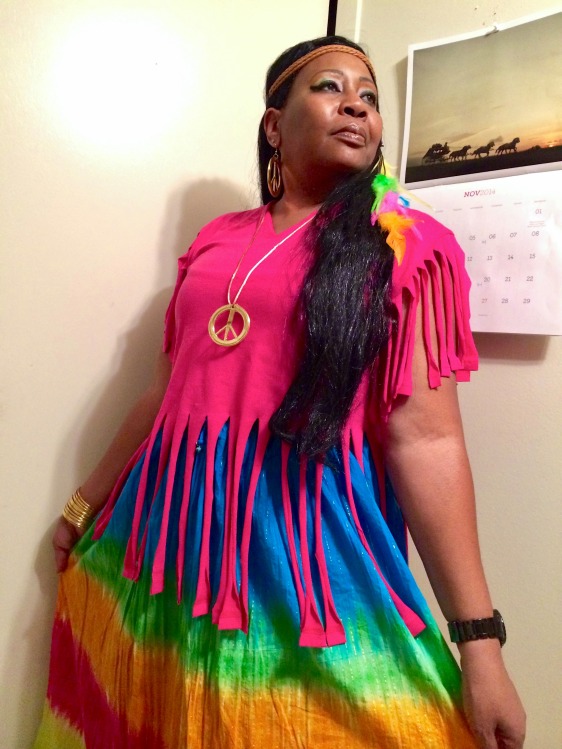 As I look at the photos that I’ve posted, I realize just how much of a journey it has been for me these past years to lose the weight, and try to keep it off.  I imagine I’ll be in this struggle for the rest of my days because I love food.  However, I can’t and won’t give up.  I’ve come too far — no matter if I should fall off the wagon from time to time.

P.S.:  By the way, if you have a recipe that you’re just dying to share with the world, please forward it to me at grace.deveraux@yahoo.com so that it can be featured in one of my upcoming blogs sometime between the beginning of November and the New Year.

P.S.S.:  If you have a topic that you would like to see posted, please contact me at grace.deveraux@yahoo.com.

5 thoughts on “When You Love Food, But It Doesn’t Love You in Return…”