You Don’t Know Her Story

As women, we have been judged since the beginning of time for one reason or another. We were too tall, too short, too light, too heavy, too thin, too fast, too mean, too hateful, too unloving, too smart, too inconsiderate, and the list goes on.  However, no one took the time to get to know us or our story; they simply passed their own judgment and arrived at their own conclusions and assumed they had the answers.  Really?  Let’s face it, some (not all) women can be mean and judgmental.

Some women have really had a difficult road in life and, because the issues weren’t dealt with when they were young, some of their “behaviors” carried over into their adulthood.

Sometimes you may hear people say, “she thinks she’s all that”.

Why shouldn’t she? Do you not know that, as a child, she was made to feel like she was absolutely worthless and/or invisible.  She spent years trying to put her life together, perhaps, by going to therapy or having a good support group or by praying.  No matter how she got there, ultimately, she did and is “finally” happy about the woman that she has become.  Shame on those people who try to make her revisit that dreadful part of her past by their treatment towards her because of their judgmental ways.

You may know women who shop all the time and whenever you see them, they appear not to have a hair out-of-place and are always dressed to the nines.  You wonder where they get the money from because you “assume” they aren’t making a ton of it.  What you don’t know is that this women is in debt up to her ears.  However, on the inside she is hurt and badly scarred, so dressing up the outside is the only thing that makes her feel good and special.

You may have encountered a woman who seems to go from man to man to man.  We

know the names those women are often called.  You have no clue that her father wasn’t a part of her life and she has been looking for love in all the wrong places.  She is looking for acceptance and love from her male counterpart.  Perhaps, she may even have been raped at a very young age and she figures, this is the only way to get a man to notice her or pretend in her mind that it is love.

white”.  Wow!  So, now it’s a crime to speak well.  You don’t know that she had a problem growing up and was pretty shy, so she learned to speak and “well”.  She discovered she had a voice and had a lot to say, thus, people listened to her.  Should she “dumb” herself down just so that you can feel comfortable around her?  It’s not her fault that you feel inferior in her presence.  She is just doing her.  When did that become a crime?

You could know someone who is going home and being beaten every single night, unbeknownst to you. 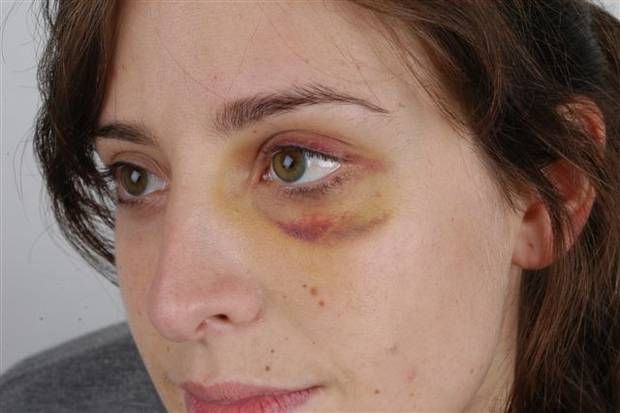 You come in contact with her and find her very withdrawn and label her as being stuck up.  She is quiet because she’s afraid that you may just figure out her secret — the one that she’s gone to great lengths to hide from her family and closest friends.

Someone else might be a stripper and you turn your nose up at her and say that’s disgusting.  You have no idea that every single time, she takes that stage that she gets sick to her stomach.  However, she has no skill,  has children to feed, and has to keep a roof over her head.

Have you ever met someone who has health issues and, perhaps, they aren’t supposed to eat certain foods because it triggers negative reactions in their body?  You “remind” them not to sabotage their diets because they can bring harm to themselves; however, they don’t “heed” your advice, rather, continue on the path of self-destruction.  You scratch your head in wonderment because it makes no logical sense to “you”.  However, to them, it’s a “comfort”.  It’s the only thing that makes them feel better amidst all of the problems they are surrounded by.  It’s the same as people drinking alcohol, doing drugs or any other habit — it’s their way of escape.  It makes them feel better, even though we don’t understand.

Then, there are those people who are always rude and nasty for, what we deem, as

no reason at all.  We haven’t done anything to them that we’re aware of but, yet, they are always just plain mean toward us.  At some point, we totally dismiss them, and will only have dealings with them, when and if, absolutely necessary.  Most of the time, these people are crying out for help.  No one wants to walk around angry and yell at people all the time.

There is a woman who I work with who always says that she takes a little bit from this woman and a little bit from that woman, and it makes her feel good.  We can compliment each other on hair, clothes, accessories, etc., and know that it doesn’t take away from who we are.  We can encourage each other and share our stories with one another, and come away from the conversation feeling better than when we went in.  She has no idea the effect that she has on her female coworkers.  However, this is what “women” do who are comfortable in their skin.

In order for us to get to the root of any problem, we have to deal with the issue(s) at hand “honestly”.  If we want to have a better ending to our story, we must do something.  We just can’t sit around and wish the ending were better.  We must find the strength to do what’s necessary.  What is the driving force behind your behavior?  Get to the root of the problem.  I remember when I was a child my parents made us dig up the dandelions that took over the front lawn because they felt weed killer would destroy the grass.  One of the older neighbors told my father about it.  We literally had to take a screw driver and dig into the dirt to pull the dandelion up from the root.  Well, I thought that was plain ridiculous and, as a child who wanted to run around and have fun with her friends, I often yanked the dandelions up without obtaining the root.  What do you think happened?  They grew back.  Same as life, right?

I want to know when did we  stop building one another up?  As women, we go through so much in life whether it’s issues from childhood, relationship with boyfriends/husbands, children, jobs, etc., we need a good support group.  We need to be accepted for our many flaws and faults.  We just want to be loved for who we are.  If you see a woman struggling, rather than making her feel bad, love on her.  You just might  be surprised at the impact you will have on her life or you could possibly save her life.  Do you know how many people walk around with suicidal thoughts and tendencies that go unnoticed when all they really want to know is that they matter and somebody does care.

I don’t know about you, but I have found myself, at one point or another, in several of these scenarios.

If you see a woman, and her pain is evident, try to talk to her. Befriend her.  Win her over.  Get her to talk to you.  Don’t try to snoop in her business and be a busy body or a gossiper, but be genuinely concerned from one woman to another.  Let her talk and you listen. Whatever you do, don’t pass judgment on her because this will make her shut down quick, fast and in a hurry.  Love on her so much that she will want to talk to you again and again and again.  Then, check on her periodically to make sure she’s good.

We are here to help you!

Your story can have a happy ending if you stay the course and don’t give up!

No matter what, always, always remember that #GurlYouGotItGoinOn

5 thoughts on “You Don’t Know Her Story…”