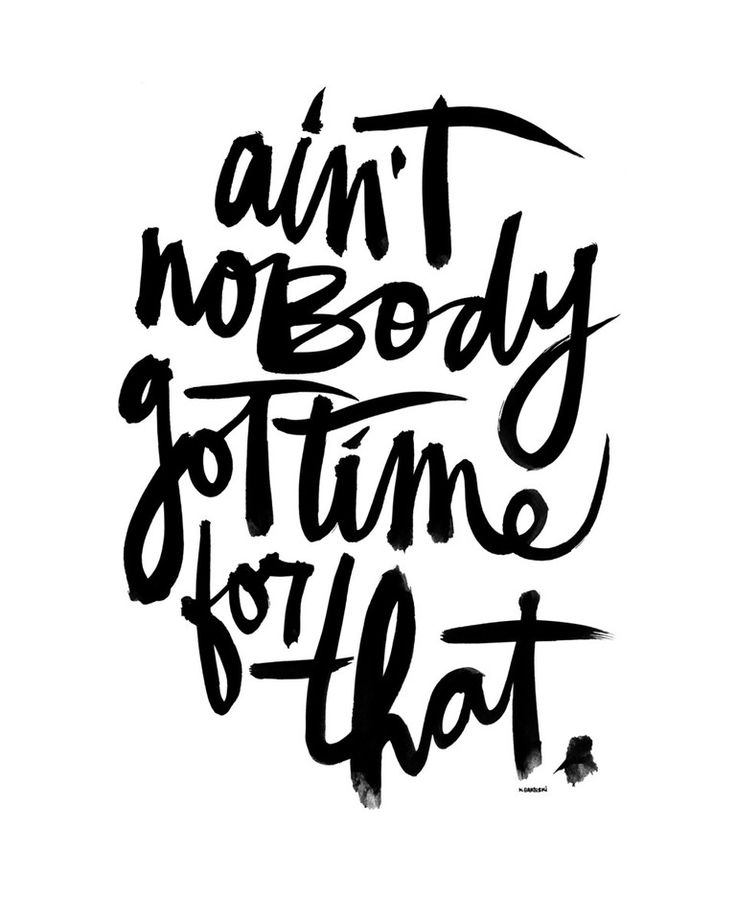 I remember the first time that I saw the interview with Sweet Brown; it was absolutely hilarious.  She became an overnight sensation with her phrase “AIN’T NOBODY GOT TIME FOR THAT!”  All types of memes and various mixes of her catch phrase were made because everyone thought she was funny.  We can all use that same phrase in our lives as we move forward when various obstacles and stumbling blocks (people) try to hinder us.  I cannot tell you how many times I’ve said “AIN’T NOBODY GOT TIME FOR THAT!”

As we “mature”, we realize that we don’t have time for people’s foolishness nor do we desire to be a part of it.  Sometimes, I find myself sitting there with this dumb look on my face saying, “Really?”

Have you ever met someone who called themselves “taking you under their wings” when you started a new job?  Perhaps, the conversation went a little like this, “Girl, let me tell you about so and so.  They are not so nice.  They do this that and the other, so you want to stay away from them.”  You attempt to exercise tact and just nod your head, but you don’t really want to hear gossip.  For heavens sake, you just started your job.  Perhaps, you take the opposite approach, and throw your hands up to stop them in their tracks because you refuse to be a human trash can for them to deposit garbage into.  However, when it’s all said and done, you discover the person was a troublemaker and the person they called themselves “warning” you about was really cool.  “AIN’T NOBODY GOT TIME FOR THAT!”

Then you have those people who live on “Misery Row.”  They are miserable, so they do everything in their power to make you just as miserable as they are.  As the old folks used to say “misery loves company.”  Don’t let them drag you into their world of negativity.  “AIN’T NOBODY GOT TIME FOR THAT!”

You also have those folk who don’t like you for no apparent reason.  They get their jabs in on the down low, so that no one will be on to them.  If you say anything, you feel as though people are going to look at you like you’re the lunatic because this person is “dripping” with “sweetness” around those they care about.  In other words, they are just plain “sneaky.”  You’ve approached them and the response is, “Oh, no.  We’re cool.  I don’t have any issues with you”, but yet they continue their undercover treatment towards you.  Stop putting in time trying to figure it out; you took the high road, so now it’s on them.  You’ll discover that some people are just not mature enough to take responsibility for their actions.  At that point, say to yourself, “Girl, bye!  AIN’T NOBODY GOT TIME FOR THAT!”

Maybe someone has walked out of your life without warning and has left an empty spot in the place they used to occupy in your heart.  You’ve done everything in your power to figure out what went wrong.  You’ve gone over and over again every encounter and recent conversation, but continue to come up empty.  You’ve called and reached out to them on numerous occasions, but to no avail.  You’re really devastated by their behavior because you didn’t see it coming.  Well, it’s time for you to move on because “AIN’T NOBODY GOT TIME FOR THAT!”

Perhaps, you are so excited about where life is taking you, and share your visions and goals with your friends.  They appear to be happy for you.  However, when those dreams become a reality, you find that those who you thought would celebrate with you have become a little distant.   You’re taken aback by this.  You thought they would be just as thrilled about your success as you are but, unfortunately, they aren’t.  Perhaps, they had dreams and aspirations themselves, but allowed fear of failure and/or lack of motivation to keep their dream alive, so they become jealous of where you’re headed.  Don’t let that stop you.  Keep going.  Yes, it may hurt, but “AIN’T NOBODY GOT TIME FOR THAT!”

Don’t waste another second fretting about people and their behaviors or what they think or don’t think about you.  People are either for you or against you.  It’s just that simple.  There is a saying that people are in our lives:  for a reason, a season or a lifetime.  I think if we really understood that, it would take some of the sting out of our ouchies.  Let’s learn to put people in the category they belong in so that they don’t drown out our positivity with their negativity.  Besides, it’s not meant for everyone to accompany you on your journey anyway.When you are asked, “Why are you doing this, that or the other”.  Simply respond, “You wouldn’t understand if I told you”.  Then, take your life back and say to yourself, “AIN’T NOBODY GOT TIME FOR THAT” as you hold your head up and stroll on with YOUR life.  Even as you walk away, continue to love them.  Don’t ever stoop to someone else’s level of pettiness.  Don’t let bitterness or anger settle in your heart where it will take root.  What I’m discovering, at this point in life, is that some people live on Catty Street and Petty Boulevard; however, I shall not be a part of it!

This is your life!

You are in control!

Don’t feed into the negativity!

7 thoughts on “Ain’t Nobody Got Time For That!”