The scary “C” word — cancer.  Sadly, I’m sure most of us knows someone who has had, who currently has or whom has passed from cancer.  Unfortunately, it seems that’s all we hear about these days.  We’re told that we shouldn’t eat this or that or the other or we shouldn’t drink that, and a lot of these are things that we are accustomed to having in our regular daily diets.  Some people are willing to remove those things from their diets because they are able to exercise discipline while there are others who will still consume them, ever so cautiously (meaning in moderation).

This month is observed for Colon Cancer Awareness, but I’m not writing about that specifically; however, because I don’t know anyone who has had it.  Ovarian cancer (maternal grandmother) and breast cancer (best friend) claimed the lives of two people who I loved.

My grandmother, Lou Lou, as we called her, passed from ovarian cancer in the mid

1980’s.  She really didn’t want anyone outside of the family to know what her condition was.  In fact, she didn’t really want many people in the family to know because she was a very private person.  She went through chemotherapy and all the horrors that were associated with it, including hair loss (although when it grew back, she had the most beautiful head of hair that I had ever seen).  She bounced back, but the deadly disease resurfaced and, ultimately, she passed away.  Regrettably, I wished I had spent more time with her during the last moments of her life, but I didn’t.  Sometimes, my sister and I laugh now at how she used to always ask us a million and one questions, but I find myself doing the same thing, LOL!  I recall once when she called the house to talk to my mother and I answered the phone.  I was getting ready to go out, and I knew she would bombard me with all of her questions, so I immediately said, “Let me get mom”.  Lou Lou was a great woman and to us, she was taken away “far too soon”.  My mother (her daughter) talks often about how she misses her and the things they did together, which included talking on the phone two, three and sometimes four times a day.  Some time before she was diagnosed with ovarian cancer, she had a vaginal hysterectomy because she opted not to have a total hysterectomy wherein the ovaries would have been removed as well.  Had the ovaries been removed would she have lived a lot longer — who’s to say.  We don’t always know what choice or choices we should make concerning our lives.

I had a best friend (whom I called my second mom) that died from breast cancer a number of years ago.  I remember the conversation we had just like it was yesterday.  She had gone to get the results of her biopsy, and called me when she got home.  She said, “Well, fella (she called everybody this whether you were male or female, LOL), I have breast cancer“.  She said it so calmly as if she were talking about the weather.  I immediately spazed out.  I was not looking for that diagnosis.  This was my best friend.  How could this be possible?  She then said, “Don’t worry.  I’ll be fine”.

While she went through chemotherapy, she never once complained.  She often volunteered at her youngest daughter’s school and even went on class trips until she was unable to.  I would tell her that she needed to rest, and to take care of herself but each and every week, she would push to stay active, so that she could be a part of her children’s lives — no matter how she was feeling.

Next, she had her bout of radiation therapy.  Everything “appeared” to be fine.  She had a PET scan prior to this and there was a “spot” that showed up on her liver which they were hoping the chemotherapy would eradicate.

One day, she noticed that her abdomen was bloated and her eyes were jaundiced.  She scheduled an appointment with her physician, and was given the “bad” news.  The cancer had come back; she was no longer in remission.

Can I say that we were all devastated?  We had prayed, and she had done everything she was instructed to do.  Why was this happening to someone who was so loving and giving?  Why did it seem that “bad” things always happen to “good” people.

Every time I visited with her, she would tell me to fix my face and to stop looking worried, but I couldn’t help it.  I loved this woman, and didn’t know how things were going to play out.  I knew that God could perform a miracle because nothing was too hard for him.  The question was, “Would He”?

When she was placed back in the hospital, her family and closest friends were there. She told each of us how she felt about us.  Even though we were still praying for a miracle, I think she knew the end was near.

Ultimately, her doctor, with tears in his eyes, told her that nothing further could be done.  She was given oral chemotherapy pills to take that could have slowed down the process, but she didn’t take them as prescribed.

Then, came the dreadful day that she was placed on hospice care.  I kept thinking that she was going to return home.  I wanted to hear that more than anything in the world at that moment.

I was at work when I got the phone call from one of my friends, that she was bleeding from her nose and mouth and for me to get there right away.  I raced to my boss and told her that I needed to go.  Unfortunately, by the time I arrived, it was too late; she was gone.  I didn’t get a chance to say my final goodbyes.  I often wonder if I would have been able to handle it — seeing her take her last breath.

I think about her often and reminisce about the good times that we had.  I could call her about anything and we would laugh at things that no one else would understand.      I will forever miss her but she left an indelible mark on my heart.

One day, I got another scare.  Someone else that I was extremely close to had breast cancer.  I cried as I 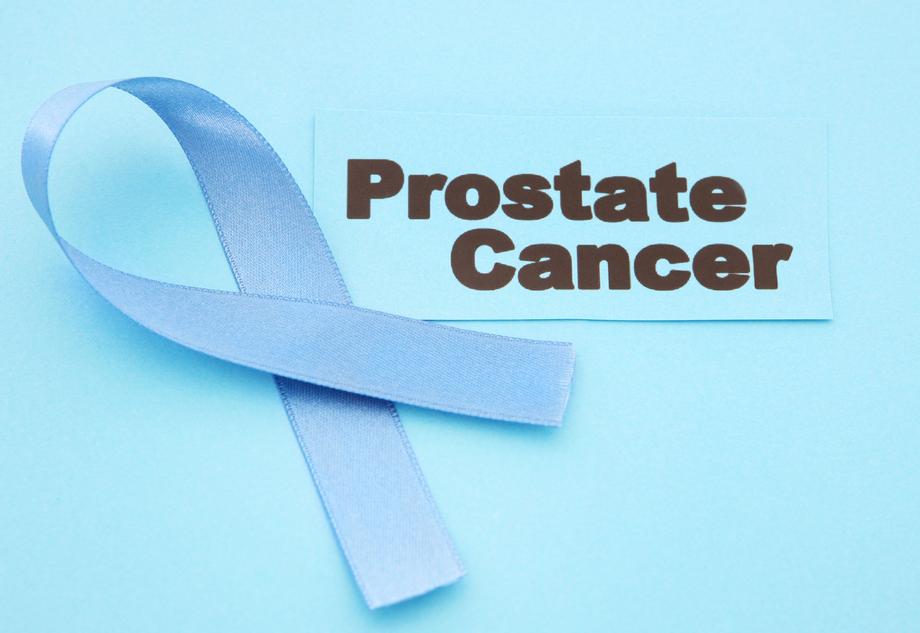 thought about the possibility of losing another person to that “dreadful” disease.  I said, “Lord, please don’t take anyone else away from me.  I can’t deal with another loss”.  I’m totally grateful that she is alive and well today.  Although the cancer was only found in one breast, she opted to undergo a double mastectomy to prevent the disease from spreading to the other breast and also because there’s a history of breast cancer in her family.  Also, I know someone who was diagnosed with prostate cancer; he was able to receive radioactive seed implantation, and his cancer has remained in remission.

Breast cancer is not just a “woman” thing as most of society assumes it is.  Someone else that I know husband was diagnosed with breast cancer about a year or so ago.  She had to help him get through his chemotherapy and radiation while she underwent her own health issues.

I’m sure most people are scared out of their minds when they are told they have some form of cancer.  The good news is that there are so many treatment options available today, and so many tests that can be done to determine which type of chemotherapy would work best for the type of cancer you may have.

Women, we need to stay on top of our mammograms; I know it’s not fun to have this done, but it’s essential.  It has now been suggested that women get their first baseline mammogram at age 45, but they can choose to have their first one at age 40, according to the American Cancer Society.  Men and women should have their first baseline screening colonoscopy at age 50 with a followup every ten years unless polyps are discovered during your procedure (your doctor will discuss this with you).  Men, you should have your initial prostate screening beginning at age 40 (American Cancer Society).

Always remember that, #WeGotItGoinOn, so let’s take care of ourselves and encourage our friends and loved ones to do the same.