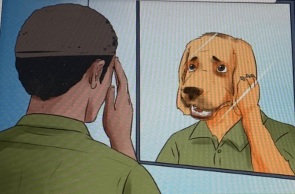 I love to watch a good love story, and get absolutely absorbed by the role the characters are portraying.  Sometimes, I forget that it’s just a movie and find myself dabbing at my eyes (okay, wiping my eyes and sniffing at the same time, LOL!) — either because it was a happy ending or I wished the ending were happy.

People will tell you that real love only exists in movies, and that you shouldn’t have your heart set on meeting a nice guy because they simply don’t exist.  I absolutely refuse to believe that.  Yes, we have all heard sad, heartbreaking stories from our female family members and/or friends about how they felt they got the bad end of the stick in their relationship.  Thus, this has made them extremely bitter and skeptical of any and all males.  Men, in their opinion, are  no good; they never have been and never will be.

I know an older gentleman who is 81 years old.  His wife died some time ago, but he still talks about her fondly.  He talks about their “love affair” — meaning the things they did together.  He always tells me that she didn’t take any stuff off him, but he loved it.  He let me know they didn’t have the perfect relationship, but they were perfect for each other.  He talks about the trips they took, and how much he loved having her on his arms.  He said that she was pretty, and was built really nice.  He said when they entered a room, men would notice her.  He could have felt insecure, but he was proud that she was his wife -his woman.  Others could look, but she belonged solely to him.  As he talks, I sometimes get teary-eyed (yes, I’m a softy) as I hear the love in his voice that he had and still has for his wife even though she’s no longer with  him physically.  Now, that’s a real life love story.

For those of you ladies who feel as though you can’t ever love again or ever trust again because of your past relationship(s), learn to let go.  Yes, you’ve been hurt; I’m sure most of us have.  Sometimes, it’s because we chose the wrong person, and sometimes, it’s because the guy was a total jerk.  Irregardless, don’t judge every guy you meet as no good or assume they have an ulterior motive.  There are some really wonderful men out there if you would just open your heart and mind to receive them.  Sometimes, they might not be in the package that you were looking for.  Maybe you want a tall guy, a muscular built guy, a guy with a full head of hair or hair on his face or whatever your preference, the man standing before you doesn’t look like any of these but he’s really a nice guy.  Will you look over him because of his outer appearance?  Perhaps, he is letting you know that he’s really digging you, and you turn your nose up at him as if you smell something foul.  Well, honey, he’s not going to wait around forever even if he is interested.  One woman’s trash is another woman’s treasure, and don’t ever forget that.  If you do, you will be by yourself for the rest of your life or end up with someone you really don’t want just to be in a relationship.

Let go of your “Mr. Wrong” so that you can get your “Mr. Right”.  He’s waiting for you and you only.

3 thoughts on “Every Man is Not a Woof-Woof…”