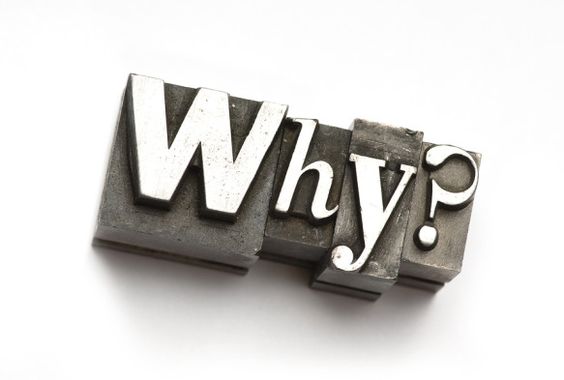 First of all, I want to start off by saying Happy New Year to everyone.  We made it!  For some 2018 was their best year yet while for others, it was a year that they are happy to see go with the expectation that 2019 will be the greatest year ever.  The truth of the matter is that none of us knows what lies ahead.  Sometimes, I wished I did, so that I could brace myself; however, the knowing would probably kill me as I’d worry myself to death.

I had no clue as to what my first topic of the New Year would be until one of my friends asked me to write about grief because she lost her son, unexpectedly, over the holiday.  This is probably not what some people are expecting to read about because we’re so accustomed to hearing about people’s resolutions (perhaps, some of you have even made your own), and claim to being the best year ever, etc.   However, things don’t always go as planned.

When I found out about the passing of my friend’s son, I hesitated a few minutes before I called her.  What do you say to someone at such a time as this?  I couldn’t say I understood because I didn’t.  I was honest and told her that I didn’t know what to say.  I could comfort and encourage her as best as I could, but I know that prayer is what’s going to take her through.  I check on her daily just to be sure she’s okay, but how can she be?  Her son is gone — forever.  I think the most hurtful part of all was that she didn’t get a chance to say goodbye.  She wasn’t there with him.

I’m sure she has a million and one questions, but the biggest question is “why”?  I understand loss as I’ve lost my biological father, great grandparent, grandparents, uncles, one of my best friends, etc.  Some were expected and some were not.  For the family members who were sick, even though I had a chance to spend time with them before they passed, it certainly didn’t lessen the pain.  I knew that I would be saying goodbye to them forever.  For the unexpected deaths, it was extremely difficult to process, emotionally.

I can remember when I was approximately 11 1/2 years old my uncle died tragically.  He had gotten into a fight with someone because they wouldn’t return his TV.  My grandmother (his mother) begged him not to go out that night but him being a man, who didn’t want to be looked upon as a “chump”, didn’t heed her warning.  He confronted his “friend” who refused to return the TV and it was on from there.  My uncle, my favorite uncle was stabbed to death.  His death, I believe, impacted me more than any other family member, perhaps, it was because I was so young or, perhaps, it was because of the great love that we shared.  Who knows?  This was the man who taught me how to ride my bike, and taught me about some of life’s lessons.  He would ride my sister and I on his back and run up and down the stairs of my grandmother’s house.  Of course, he wasn’t supposed to do that, but it was a lot of fun (if she had known, we would have all been in big trouble.  LOL!).  He was the greatest uncle ever!  I kept asking why did it have to be him.  Why couldn’t it have been someone else in my family?  I had just seen my Uncle Larry about a week or so prior to his death and he told my sister and I that come summer he was going to teach us how to swim.  Well, until this very day, I still can’t swim.  This is also the uncle who was so proud of me that when he shared the stage with Chuck Berry over 50 years ago, he had my grandmother bring me up there with him just to “show me off”.  I was about two years old, from what I was told.  I cried so much that they had to take me off stage.  I guess I missed my shot at stardom.  LOL!

Some of you may have lost loved ones earlier in 2018, while others lost their loved ones right at the holidays, which everyone expects to be full of festivities and long-lasting memories, as you spend time with your family.  No one ever thinks they will planning funeral arrangements during the holidays.  Let’s be honest.  It hurts like the dickens, and you’re often left with the “Why’s”.  None of us have the answers to this question.  We can say it was their time.  We can respond “God loved them best, so He called them home”.  We can say they rushed it by doing foolish or inappropriate things.  No matter, whatever answer we give ourselves, it still hurts, nonetheless.  Their time here on earth has passed and, sadly, they are with us no more.

Some people’s grief stems from the fact that they didn’t treat the person correctly, and they cry nonstop because they no longer have a chance to make amends.  They attend the funeral services and want to either take the person out of the coffin or get in the coffin with them.  Others may have a difficult time with  grieving because they didn’t get a chance to say goodbye due to the fact that their loved one’s death was totally unexpected.  While still others grieve because they can no longer make happy memories with their loved ones.  No matter the reason for your grief, it’s real and you’re still reeling from the pain.

People tell you that it will get better with time.  It will; however, no one can tell you how long it will take to get over your hurt and loss, and don’t let them.  It took one of my friends three months after the passing of her mother for her to really break down.  She had “made” herself so busy that she didn’t have deal with it emotionally until several months later, when it hit her, unexpectedly.

With the passing of your loved one, reflect on the “positive” memories you shared.  Think about those funny moments, those happy moments, those loving moments.  Let your lips curl into a smile as those thoughts come to your mind.  Pull out your phone or photo album and look at pictures that you guys make have taken together.  Perhaps, you call their phone just to hear their voice on the recording.

They are no longer with you physically, but the memories of them will last a life time.

It’s okay to cry because that’s perfectly normal.  Don’t let anyone tell you that you need to get over it or that you need to be strong for other people.  Crying is not a sign of weakness.  It’s perfectly healthy to let it out.  The last thing in the world you want to do is bottle it all up inside.  Talk to people who will listen to you as you vent, cry, go down memory lane, etc. because you need a good support system.

If you know someone who has experienced recent loss, please stay in touch with them.  After everything is over and everyone has gone home, they have nothing but free time on their hands to think, which could lead to anxiousness and depression.  Don’t leave them by themselves because they really do need you now more than ever.

I know it’s difficult now, but…

We are here for you!