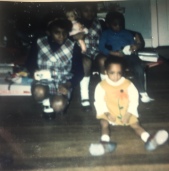 Can I just start off by saying that Christmas is my favorite holiday ever!  I love to see all the decorations, sample all the good foods (okay, have platefuls, lol), spend time with family and friends, and certainly never lose focus on the real reason I celebrate Christmas – Christ.

Every year, I reminisce about the wonderful fruit cakes that 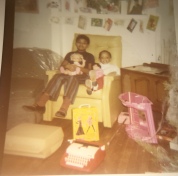 my maternal grandmother would make at Christmastime.  I vividly remember her going to Lexington Market to get all sorts of jellied fruits and candies as well as nuts to put into the batter, and I couldn’t wait to lick bowl when she was done.  I have never had a fruitcake as good as hers, and am saddened that no one in the family got the recipe from her before she passed on because that would have been a great tradition to hand down.

Christmas Through My Eyes As A Child:  I think when someone came up with the saying “Do you believe in magic”, they had me in mind.  One Christmas Eve, when I was approximately five or six years old, my mom and dad told me to go to bed so that Santa Claus could bring my toys.  I didn’t want to go, of course, because I wanted to see him put my toys under the tree.  However, my parents insisted that if I didn’t go to bed, Santa Claus wouldn’t come, so off to bed I went.

I was such a believer that I convinced myself I heard Santa and his reindeer on my rooftop.  I actually believed that I that I heard him land and heard the bells on his reindeer too.  Some imagination, right?  I know.  It’s really funny how our minds work.  Well, one day, my “magical” world came crashing down because one of the neighborhood kids told me there was no such thing as Santa Claus. What?  Wait?  Did he say what I think he said?  He repeated it.  He said that Santa Claus didn’t exist.  I ran home, which was across the street, screaming and hollering like my best friend had just died.  My grandmother asked me what was going on.  I think I scared her half to death.  I told her what Dennis said, and her response was “Don’t pay that boy any mind”.  That was the day that Santa “died” for me.  The magic was gone.  I was no longer a believer.  The magic was gone.  The “O” in my “joy” had just been erased.  Wow!  I was very naive back then, but it was fun while it lasted.  Okay, so my reaction was just a wee bit dramatic, but it was Dennis’ declaration was devastating.

After I realized that it was my parents and grandparents who actually bought all the toys and gifts, my sister and I  would go on a scavenger hunt to find them, and we always did.  For whatever reason, we were too excited to wait until Christmas (I’m sure most kids probably do this and that’s why I hid my kids toys in the trunk of my car when they got old enough or at someone else’s house).  My parents always hid the gifts in the basement, and my paternal grandmother always hid the gifts behind the chair in her living room.  We oohed and ahhed over all of our toys, and were careful to put everything back exactly the way we found them.

Christmas With My Kids:  I never told my kids there was such a thing as Santa because I didn’t want them to be crushed the way I was.  However, I told them not to tell their friends because some parents wanted their children to believe because they felt that was part of the magic of Christmas.  Since my children knew that we bought the toys, I tried to be a little more creative in hiding them by leaving them in the trunk of my car or at someone else’s house. 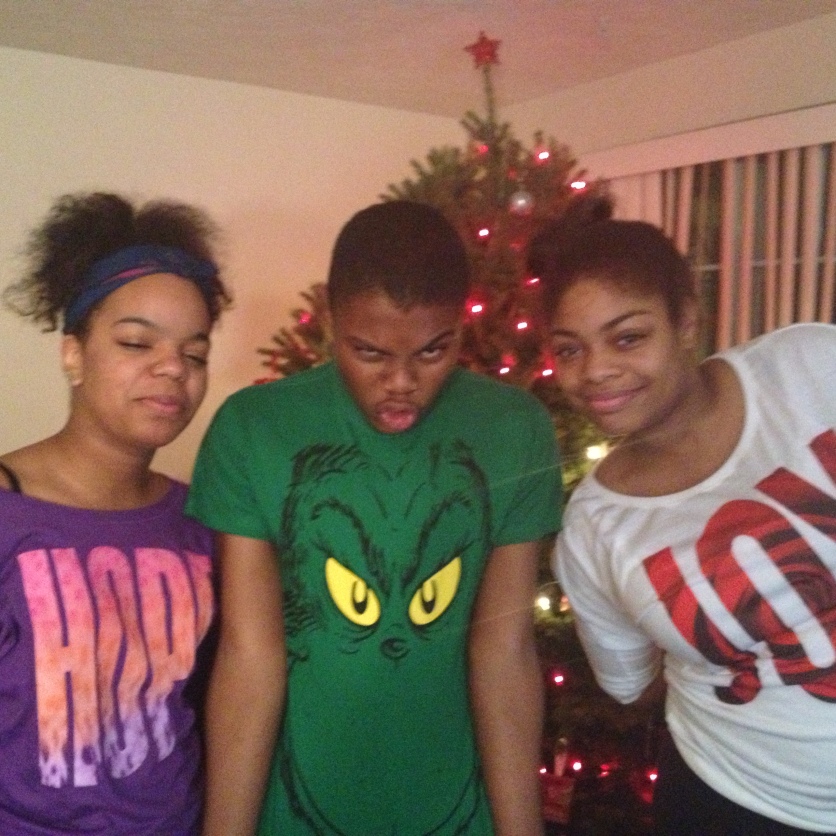 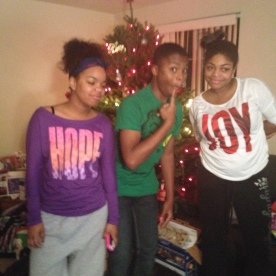 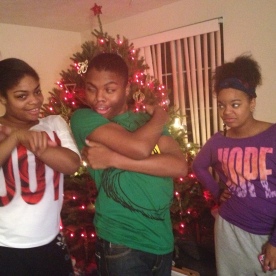 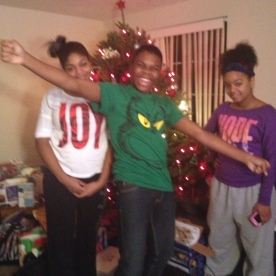 Call me a “meanie”, but there were times that one or two of my three kids didn’t get Christmas from me because they refused to behave themselves.  Around October, I would start the count down and “remind” them that Christmas was coming and they needed to get themselves together.  When they were younger, they all got ten gifts a piece (toys were pretty reasonable then).  I would start off my deducting one at a time and, trust me, I kept tally.  Again, I reminded them that I wasn’t joking and there would be nothing under the tree for them if the negative behaviors continued.  Well, they wanted to see if I was really serious.  Oh, I was.  Christmas day rolled around, and there was nothing under the tree if you didn’t listen.  I was told that was a bit over the top.  Perhaps, it was.  I don’t know.  Sometimes, as a parent, you are so desperate to find something to curtail the behaviors that you’re willing to try almost anything in the hopes that something will work.  For my one child who was the first to lose Christmas, outsiders gave her things so she didn’t really feel the pressure the first year.  The next Christmas rolled around and the same thing happened, I think people got the message and she didn’t get anything.  Guess what, I never had that problem from her again.  She had, indeed, learned her lesson.

I’m nothing more than an oversized kid, and am excited to still be able to make lasting memories with my family and friends.  Last year, I started a tradition, which I’m hoping was the first of many to come.  I invited my parents and best friend over for breakfast on Christmas morning.  My sister from Charlotte, North Carolina was in town.  We had an absolute blast.  I’m not bragging, but the food was super delicious!  What tradition do you hold onto or would you like to start?

Some of you might be a little down right now because you don’t have money to purchase gifts for your loved ones.  Trust me, I get it, but don’t be.   Life is rough sometimes.  They will still love you no matter what.  Because at the end of the day, it’s not about the gifts, it’s about being together, enjoying and loving on one another.

Some of My Favorites:

Wishing you and yours a very Merry Christmas and the Happiest of New Years.

3 thoughts on “Christmas Then and Now…”